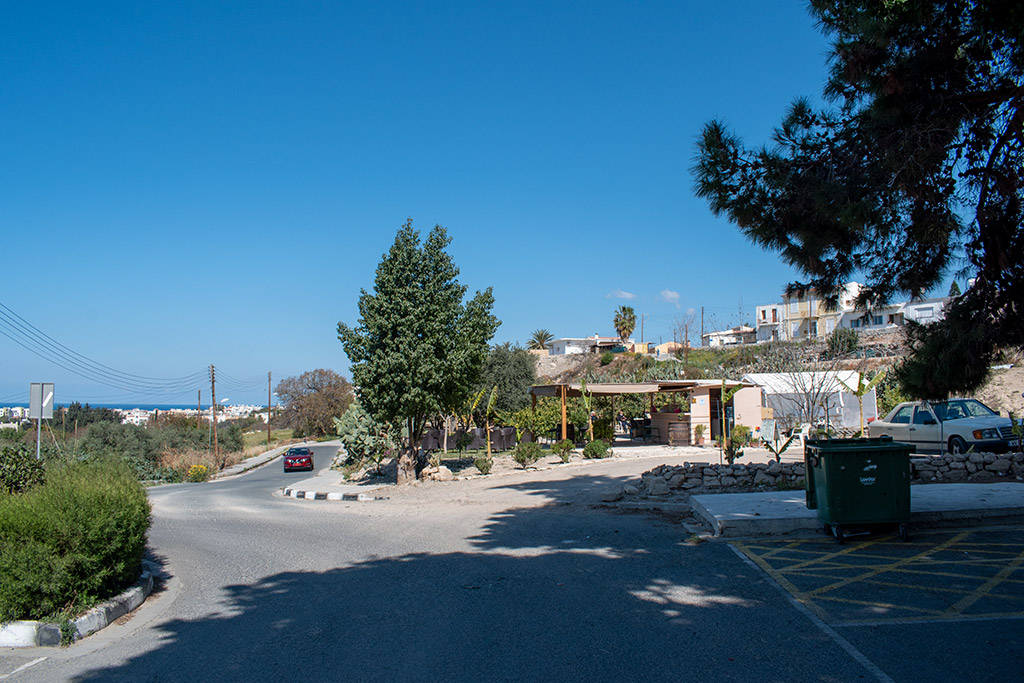 We begin our tour in the car park below the main Old Paphos bus stop. A new kiosk has sprung up here. This is also one of the feeding points used by the Paphos Cat Lady. Indeed, this was the place I first met her. I was taking a picture of a cat with a 360 camera, which looks like a stick. She thought I was trying to hit it, so was understandably quite cross with me. Once I explained what it was she was fine. But mess with the cats here at your peril. They are protected! 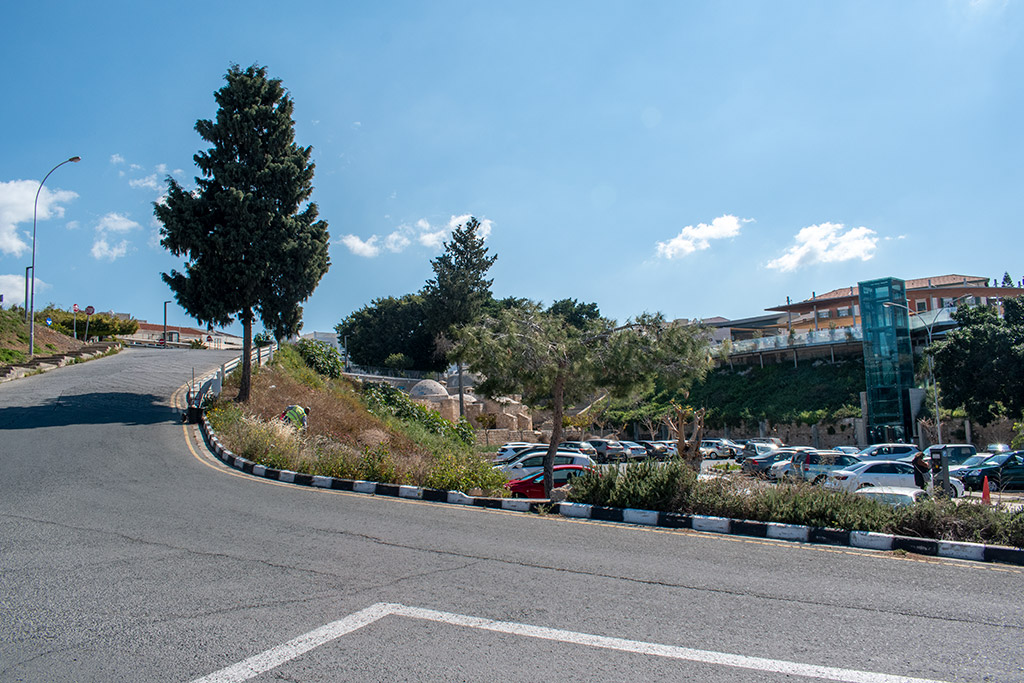 Rather than walk up that hill, we are headed towards the domed structure that looks like a church. 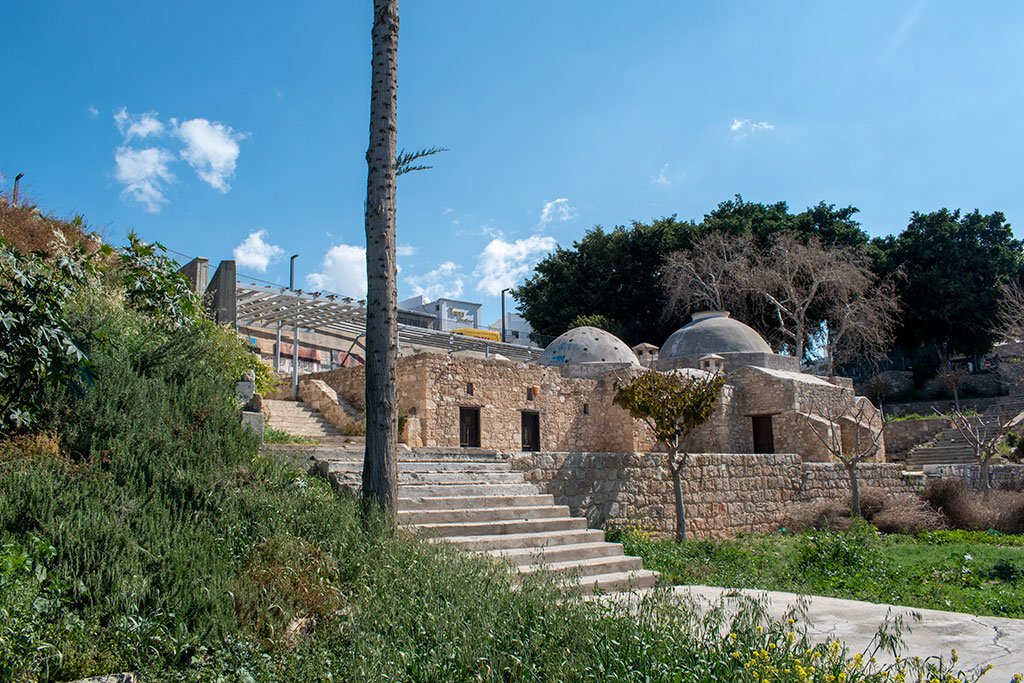 It's actually a Turkish Bath. Well, it isn't. It was built in medieval times in the Ottoman style. It functioned as a baths until the 1950s, and was renovated in 2015.

When you see blue underlined text, it means I have added a link to our companion site OldPafos.com. If you click on the link it will take you to a panoramic shot of the location, taken a couple of years ago. 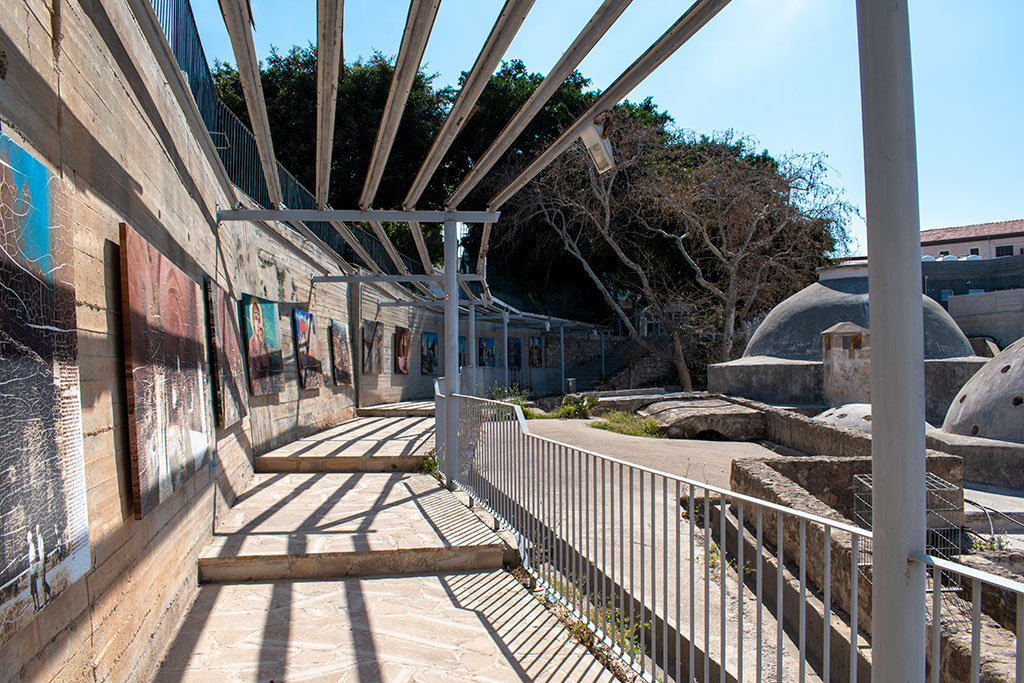 There is a walkway behind the baths that takes you to the top. We wrote a blog on this a few years ago. There is a link to it in the rather long list of related blogs at the foot of the page. 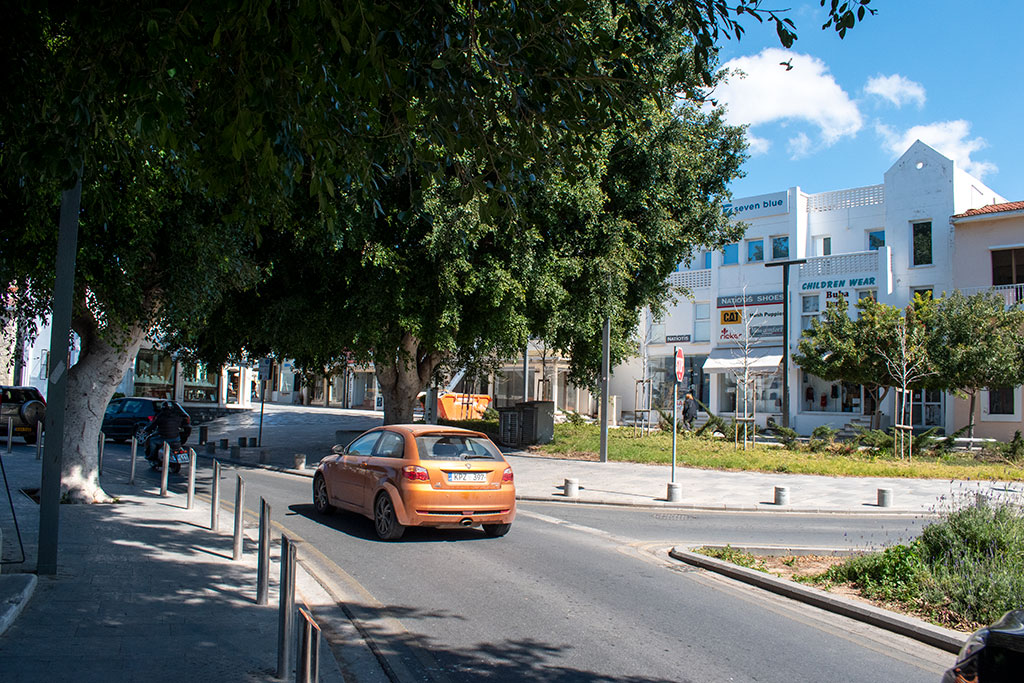 And as it turns out, I have had to split part 1 up, as I took nearly 100 pictures. So I have no idea how many parts there will be in total. 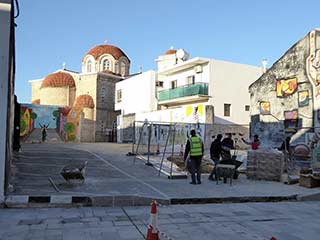 A Last Look At The Old Old Paphos

Old Paphos is undergoing a transformation. Not only that, but in a few days time, Paphos 2017 will officially get underway. So we thought we would take a last stroll and a few snaps of the area before the transformation is complete. 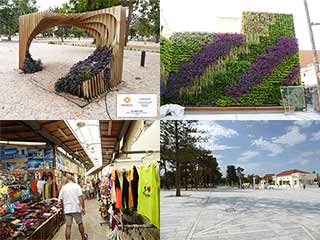 It's been a few months since we last reported on the progress of the Old Paphos Regeneration Scheme.I had to visit the main Cyta Shop recently, and as I had time to kill I decided to take my camera for a stroll, to see how things were progressing. Autumn was in the air and the skies were fairly grey. There was even some rain at some point. However, the pictures will still hopefully show what a wonderful place Old Town Paphos is becoming. 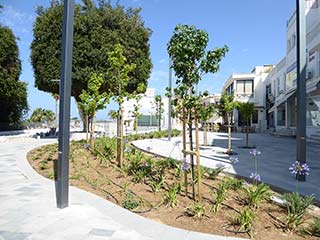 Six months ago we posted a blog optimistically titled "A Last Look at Old Old Paphos". It proved very popular. In fact, with nearly 3000 views, it is our most popular blog to date. Six months down the line, the renovations are still not yet complete. So we thought we would take another look, to see how the work was progressing. 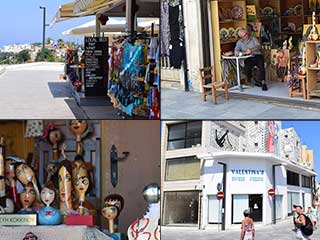 Last year we chronicled the redevelopment of Paphos Old Town over a number of blogs. Now that the glitz and glamour of Pafos2017 has finished, and the camera crews have departed, how have the final stages of the redevelopment progressed? Let's find out... 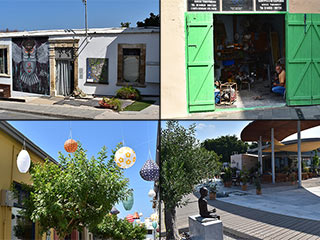 It's a year since we had a proper look around Old Town, so we thought another blog was due. We won't be revisiting every place we visited in the previous blogs. Instead we will be focusing on new additions and places we missed last year. Even so, we took nearly 100 pictures for this blog, so we have split it in two. Part 2 will be published on monday. 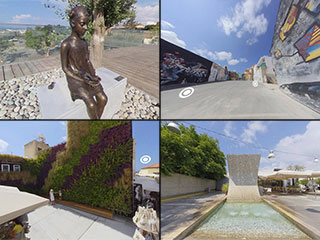 Take a Virtual Tour of The Old Town of Paphos

It has been several months in the making but we are pleased to announce that our new site on the Old Town of Paphos is now up and running! Now you can enjoy a virtual tour of over 200 panoramic images, and get lost in the winding streets as you take a virtual stroll. All that is missing is the aroma of souvlaki! 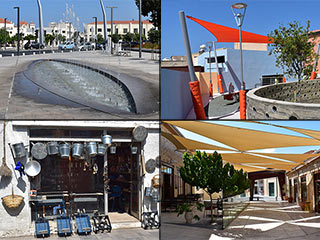 This is the concluding part of our blog on our latest stroll around Old Pafos. We start in Kennedy Square and head via a roundabout route to the indoor market, before concluding the walk at Ibrahim's Khan. On the way we shall revisit some old friends and look at some of the shops and restaurant that are helping to bring life into the new Old Paphos. 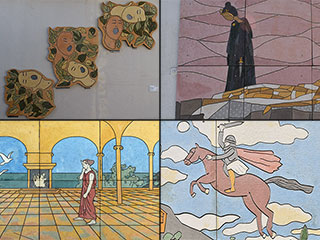 You could be forgiven for not knowing anything about Cementography. It is a modern, Cypriot art form, that was celebrated in the dying days of Paphos 2017 by the placement of eight murals in and around Paphos Old Town. You may well have seen some of them on your travels, and some have featured in previous blogs. However, the murals actually depict different stages in a Cypriot fairy tale, so we thought it about time we presented the murals in order, with the accompanying story attached...

Went for a wander around Old Pafos yesterday. Unfortunately it was a bit cloudy, so we didn't do much recording. It was nice to see the Mayor helping out with the sprucing up, and the area is looking seriously nice now.

You could be forgiven for not knowing anything about Cementography. It is a modern, Cypriot art form, that was celebrated in the dying days of Paphos 2017 by the placement of eight murals in and around Paphos Old Town. The murals actually depict different stages in a Cypriot fairy tale, so here they are, in order.

Some of the murals you can stumble upon during a walk around Paphos Old Town.