They are making changes to the Akamas. A road network is being rolled out to give visitors easier access to Lara Bay and other attractions. Work has already begun at numerous locations, and we went down to White River Beach to see how they were progressing... 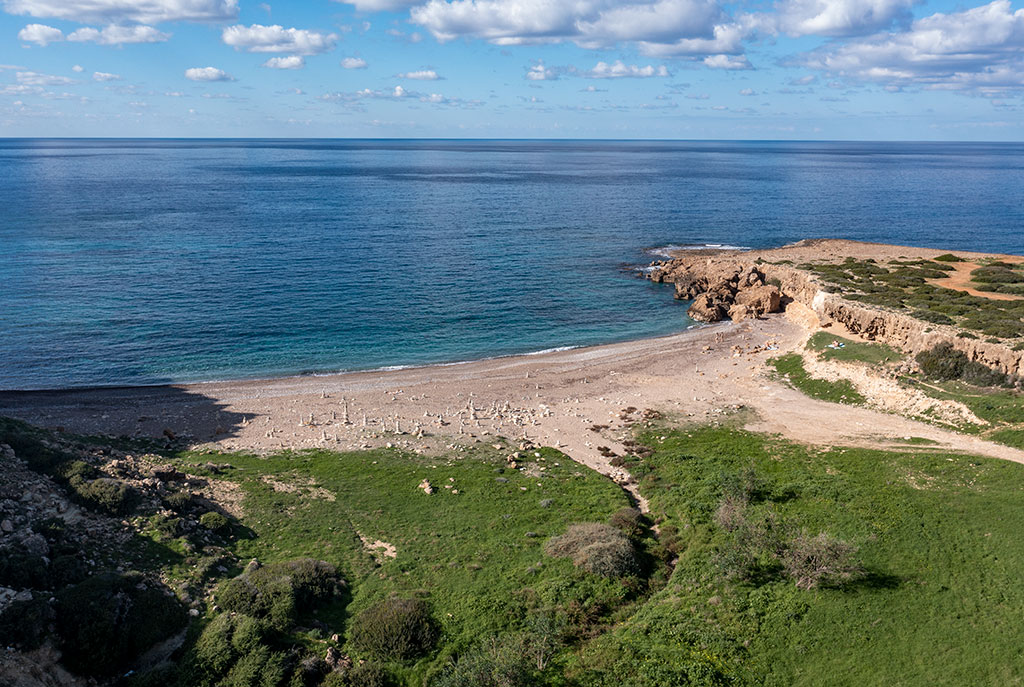 White River Beach can be found on the edge of the Akamas, just before you get to Avakas Gorge. It has had a somewhat colourful history, owing to its location. You can either access it from the cliff above, via a narrow path, or from a bumpy track off the main road. This track goes through Private Land, and occasionally the owner would lock the gates. It all got a bit confuising, to be honest, and the last I heard the staircase down the cliff had been dismantled.

Recently though, a report came through that the "illegal shacks" by the beach, and Lara Bay, were being demolished. I had already heard that the bridge by Avakas Gorge was closed, so I thought it was about time to take the drone down to get a closer look.

Gateway To The Akamas 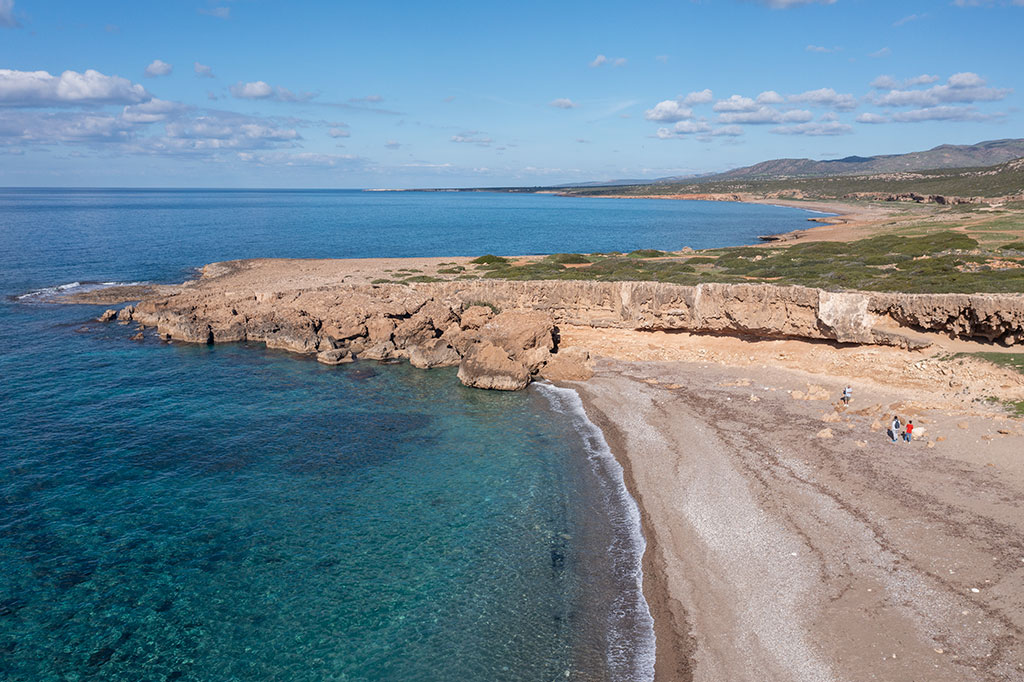 The waters here are very good for snorkelling in. 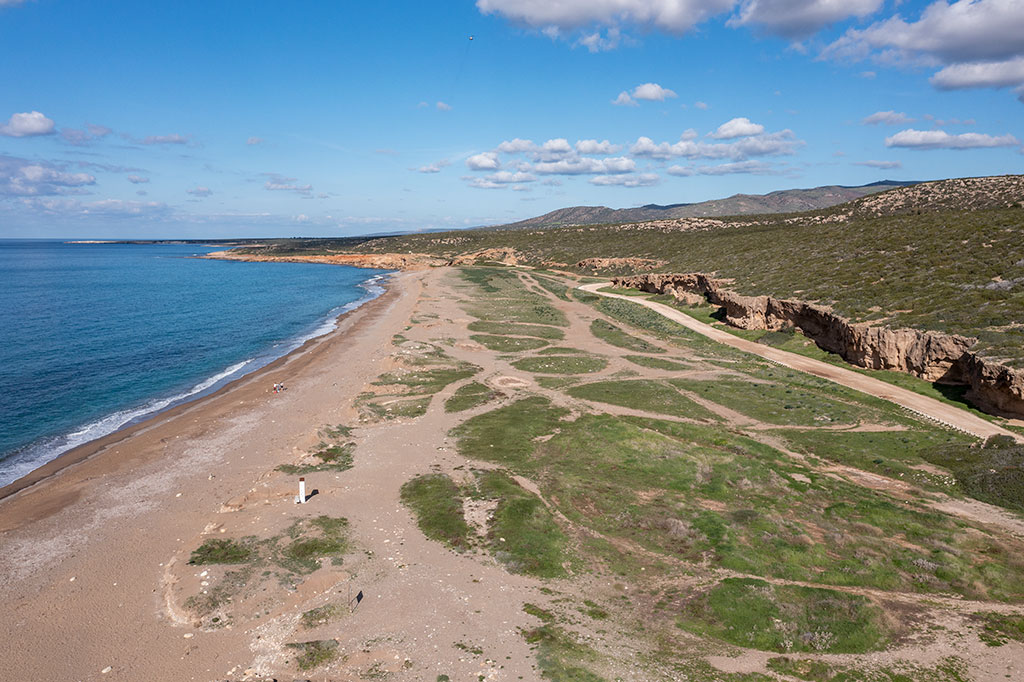 After White River Beach you come to Toxeftra Beach. This is the big long strip in front of Avakas Gorge. A few years ago they put loads of bollards along the side of the road, to stop people driving wherever they wanted. So gradually the land between the beach and the road is getting greener, as nature does her bit. 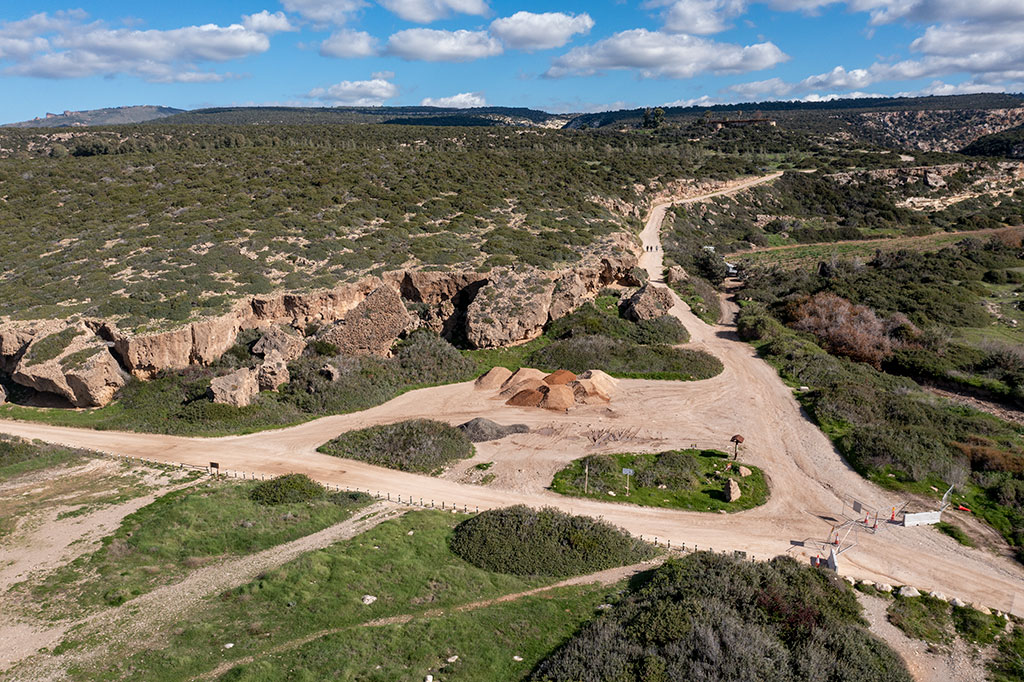 Now, looking at the carpark used by the more timid visitors to Last Castle and Avakas Gorge, you can see that big piles of sand have been deposited there. You can also see that the road is officially closed. 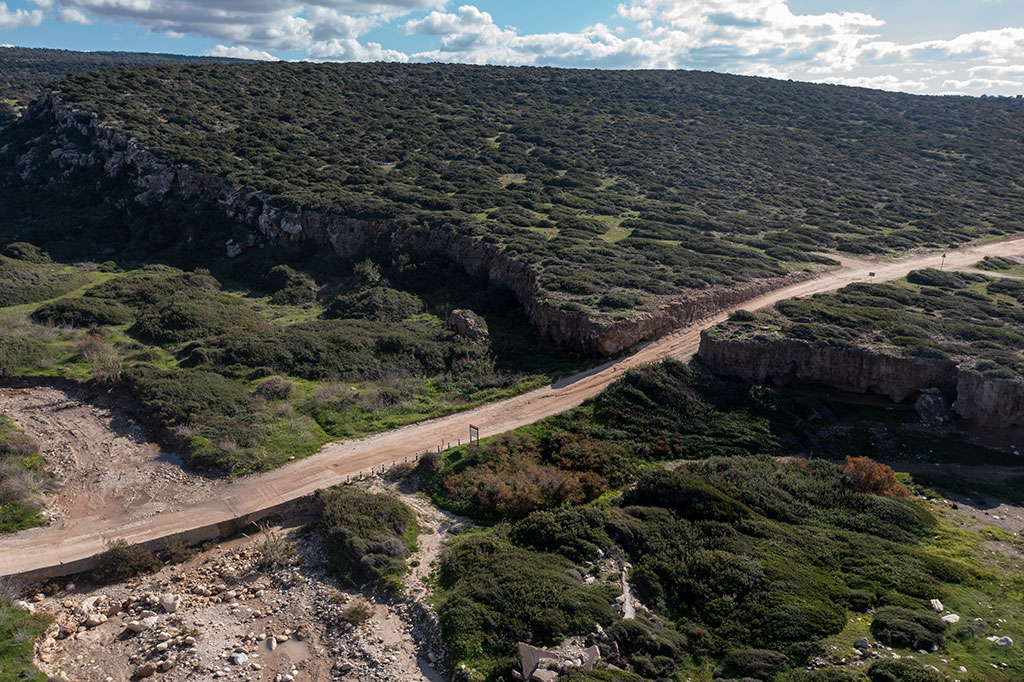 Now, in Cyprus, a Road Closed sign doesn't have the same effect as it has in the UK. If a road is closed, an unofficial one may well appear right next to it overnight. However, there are bollards up so do bear that in mind.

One of the first things to be renovated will be the bridge here, across the River Avakas (if that is its name). In a few weeks time, there will probably be a lot of water flowing through, and if they want to work on any of the road network further into the Akamas, it would make sense to ensure that this is up to scratch. 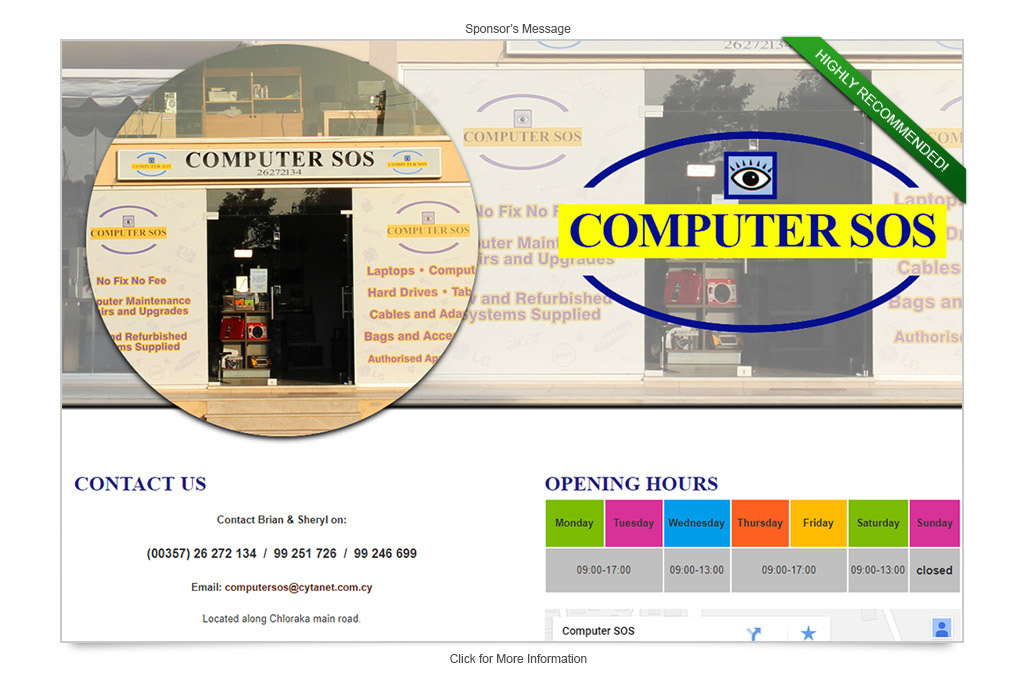 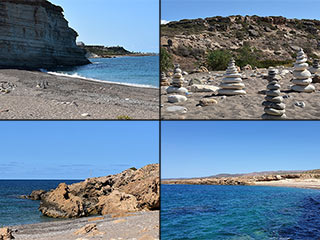 If you are looking for a less crowded beach, then take a trip to the Akamas. You won't have to go far, as you will pass White River Beach before you get to the Avakas Gorge, and it can be reached by any car. What the beach lacks in facilities (there are none) it more than makes up in natural charm... 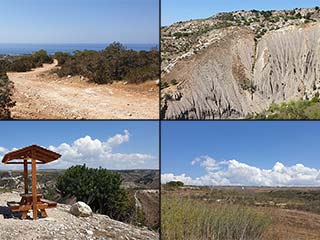 After a recent swim on an Akamas beach, we drove back to Polemi over one of our favourite off-road routes. Let's see what the Akamas had to show us along the way...

They are making changes to the Akamas. A road network is being rolled out to give visitors easier access to Lara Bay and other attractions. Work has already begun at numerous locations, and we went down to White River Beach to see how they were progressing... 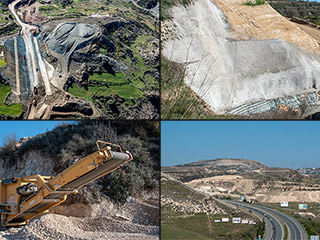 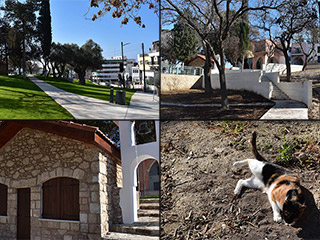 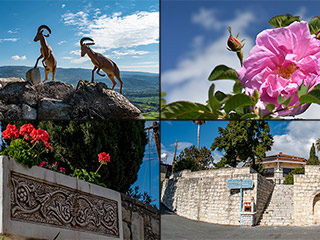 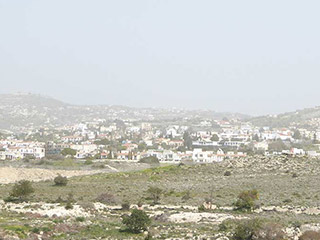 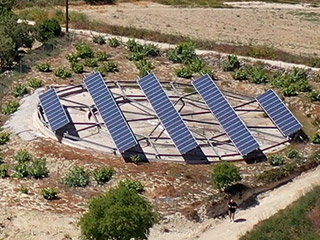 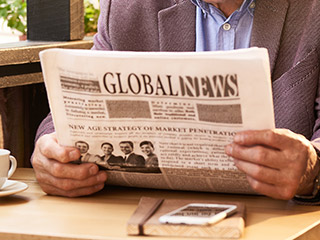 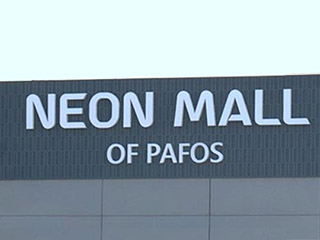