When you are out exploring the countryside of Paphos, it is always handy to have a few prominent landmarks to help guide you home. One of the most prominent is the Oreites Wind Farm. We visited it a few days ago, as we want to show you what it looks like close up. We will also show you some shots we took several years ago, when they were still constructing it... 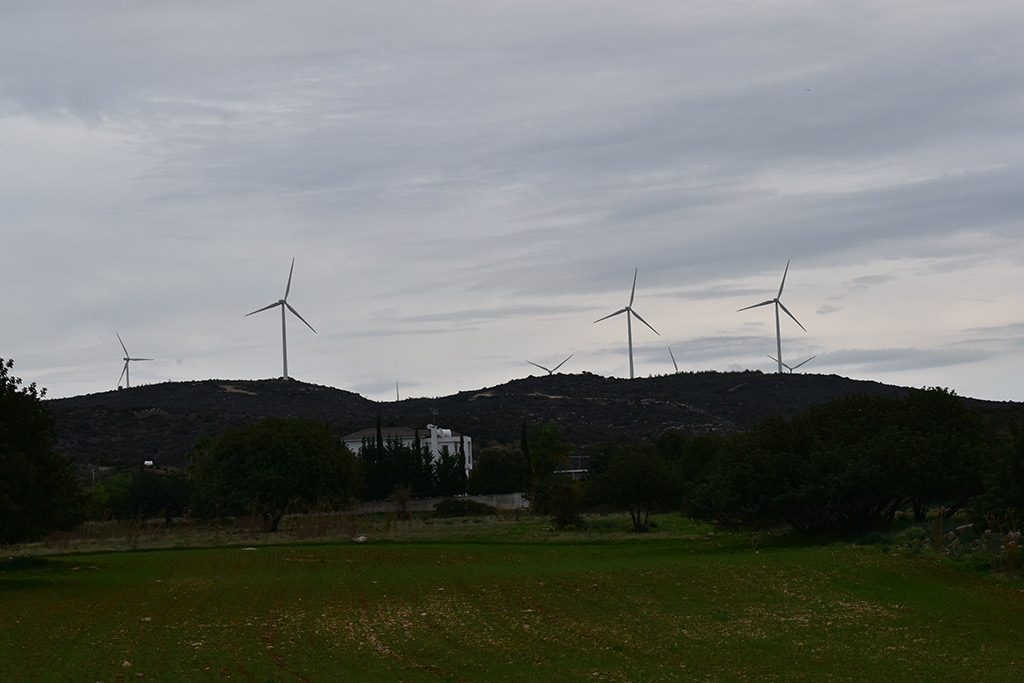 The EUR 200 mln wind power project is the biggest of its kind in the eastern Mediterranean and comprise Danish-made Vestas wind turbines installed and operated by DK Windsupply Ltd., one of the first alternative electricity suppliers on the island.

For more data like that, please read this article. 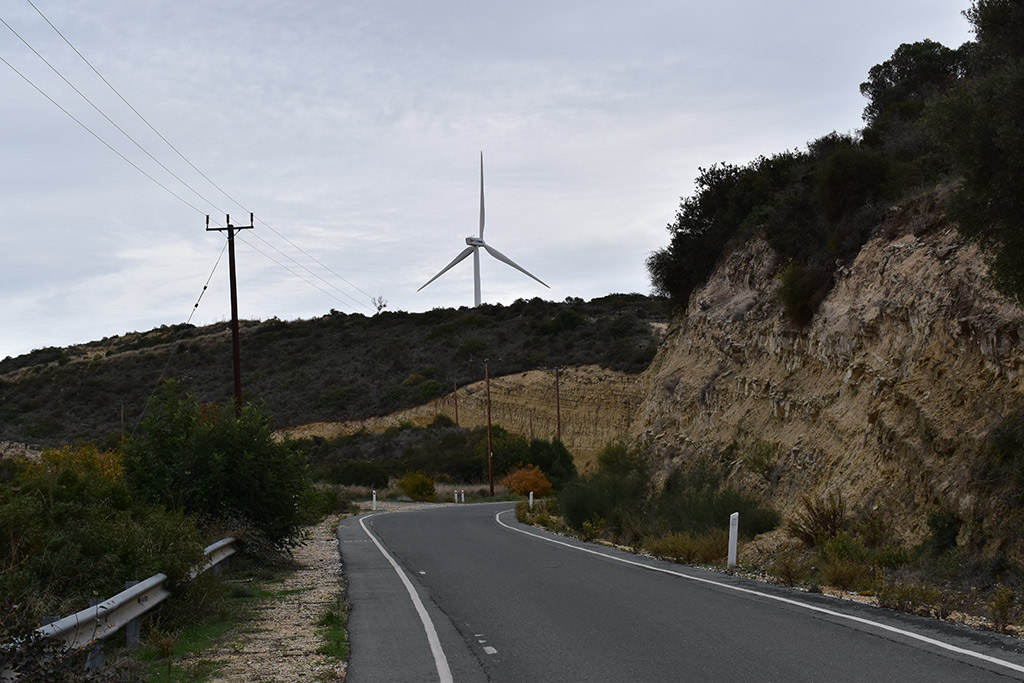 To get to the wind farm, you have to head to Archimandrita from Kouklia. On the way you will soon see the occasional turbine poking out above the hill tops.

Believe it or not, I actually spent a fair amount of time trying to decide which way to photograph these propellors. I eventually opted for the Mercedes Benz logo approach, in the vague hope that a passing company executive might see fit to sponsor us. I could have opted for a Y shape instead, but I already have enough pants. 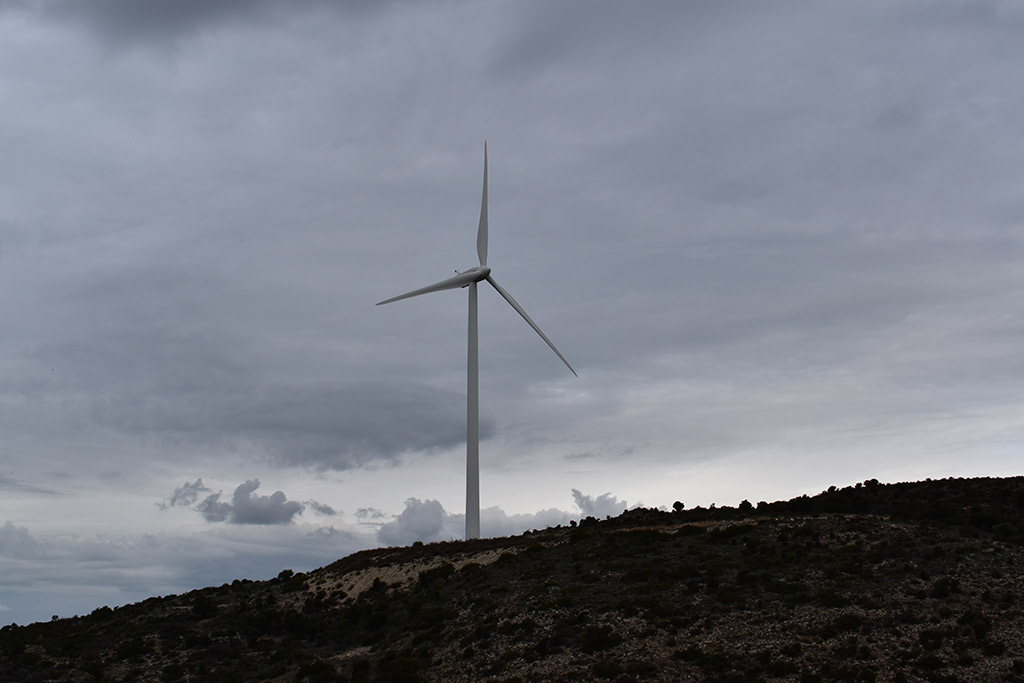 A lot of people don't like wind farms but I don't have a problem with them. They are quiet, and I don't think they look ugly. I first encountered them in the 80s, driving from Los Angeles to San Francisco. There were loads there, in a variety of shapes and sizes. Some even consisted of big circles. They looked great, to me at least. All the ones at Oreites are of the traditional three blade variety though. 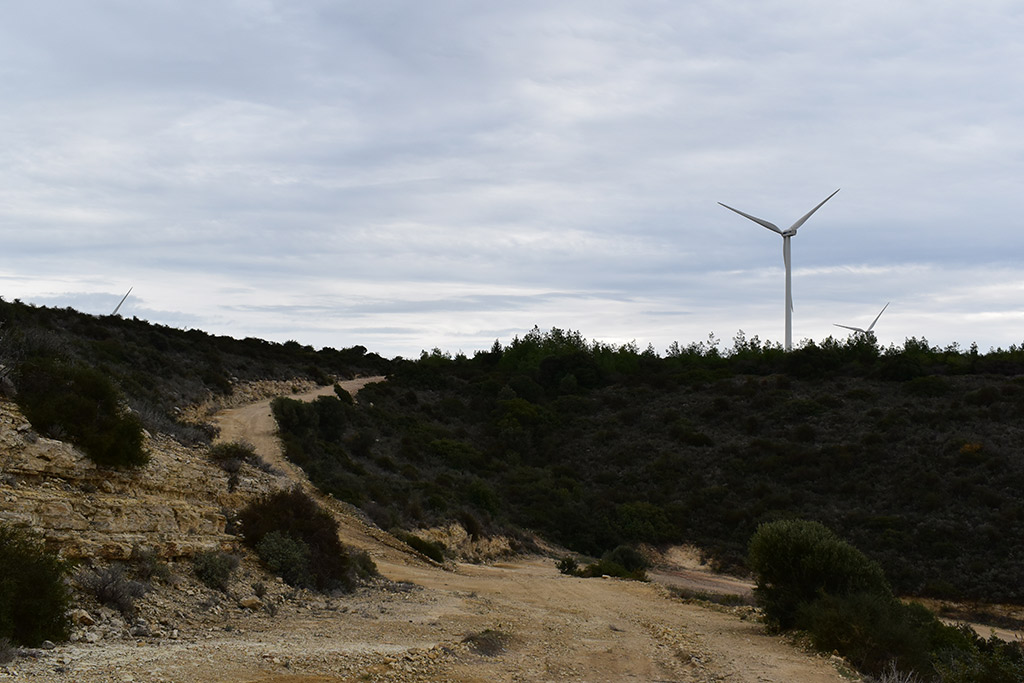 To get up close to any of the turbines, you will need to take one of the many tracks that weave through the forest. After all the rain we have had, I would imagine some of these are a bit tricky to negotiate at the moment, so you may want to wait until next summer unless you don't mind getting your car covered in mud. 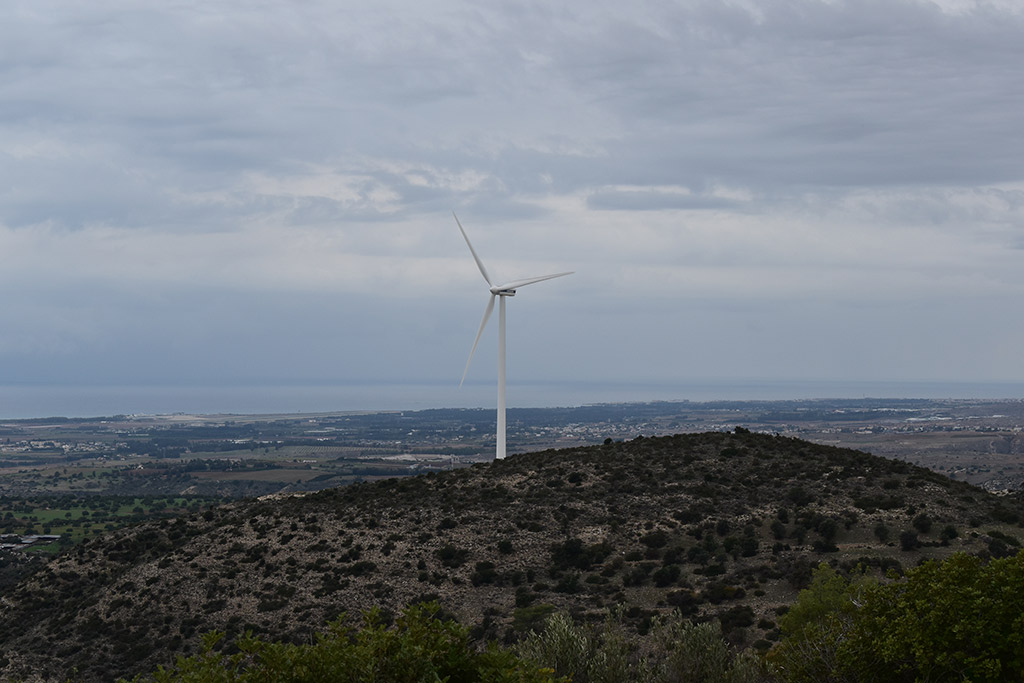 On the off chance that you don't know where the wind farm is, this is the view back towards Paphos Airport, with Paphos to the distant right of the picture. 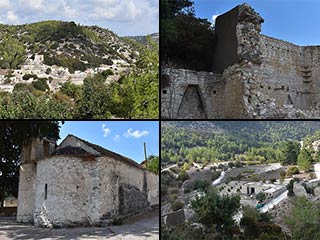 A few weeks ago we visited the sleepy hamlet of Archimandrita. We touched briefly then, on its abandoned neighbour, but got distracted with other things before we were able to visit it and tell you what we found. Better late than never, here is our look at Kato Archimandrita, a village abandoned due to its remoteness and ruled now by goats.

When you are out exploring the countryside of Paphos, it is always handy to have a few prominent landmarks to help guide you home. One of the most prominent is the Oreites Wind Farm. We visited it a few days ago, as we want to show you what it looks like close up. We will also show you some shots we took several years ago, when they were still constructing it... 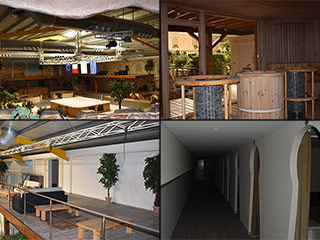 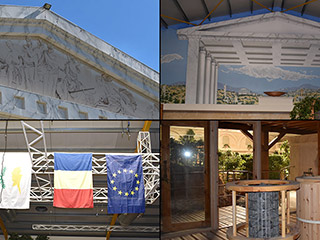 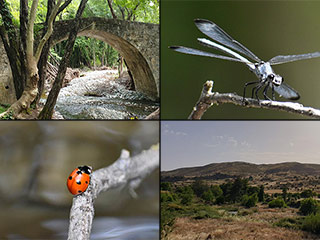 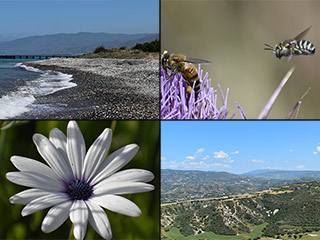 Another six people have tested positive for coronavirus after 2928 tests, the Health Ministry said on Wednesday, bringing the total to 958.