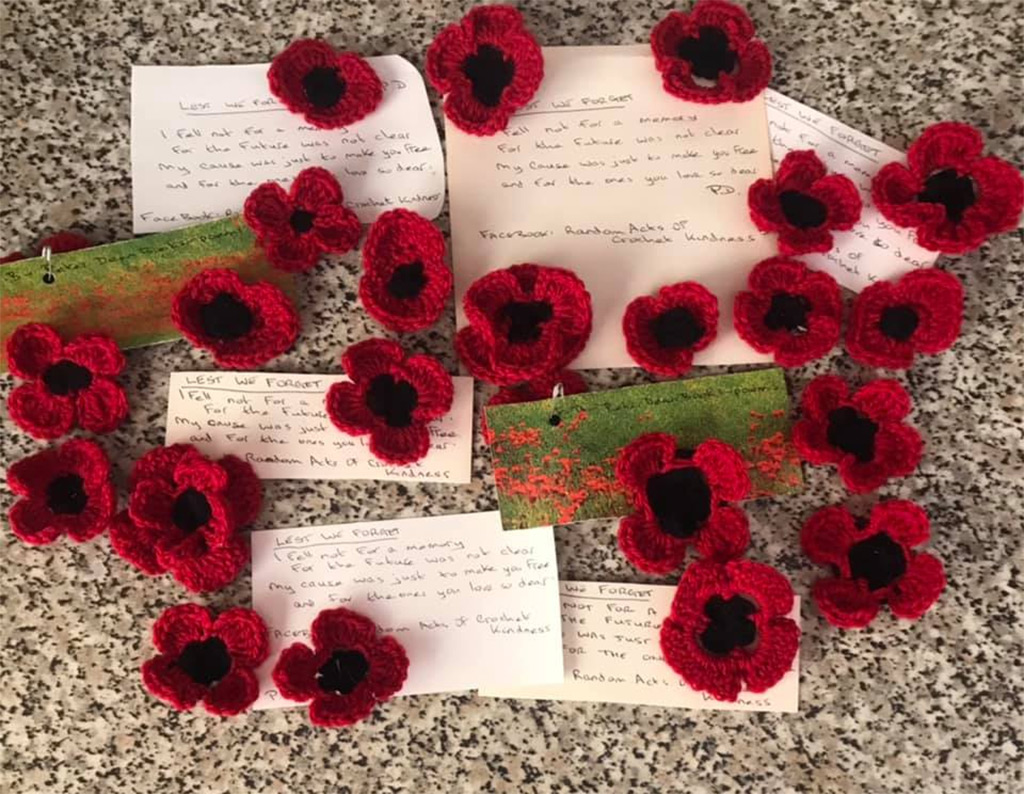 Lots of crochet poppies have been placed around Paphos recently, each containing snippets of a poem. They are the latest creations of Kelly Dean, and thanks to her mother, Sharon, they have been bringing much needed smiles to the local residents.

We think their story needs to be told, but before we do that, let's take a closer look at those poppies. 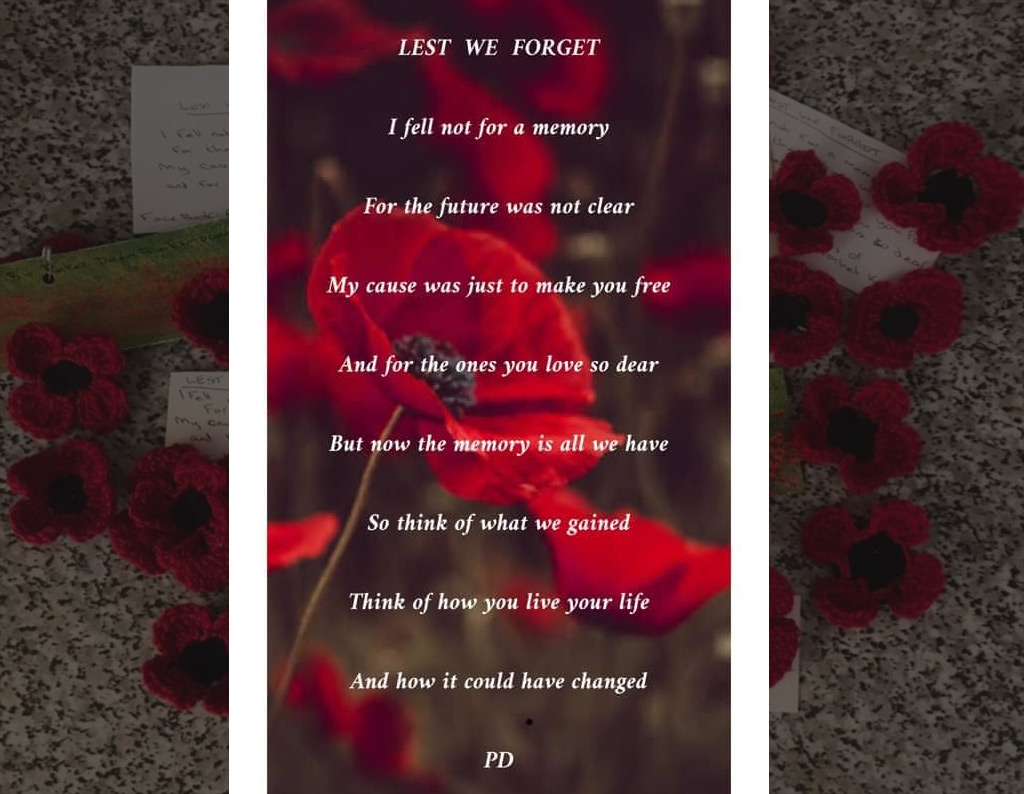 Each of the poppies has a tag attached, containing a snippet from a poem written by Sharon's husband, Pete. He is an author and a poet:

I fell not for a memory

For the future was not clear

My cause was just to make you free

And for the ones you love so dear

But now the memory is all we have

So think of what we gained

Think of how you live your life

And how it could be changed 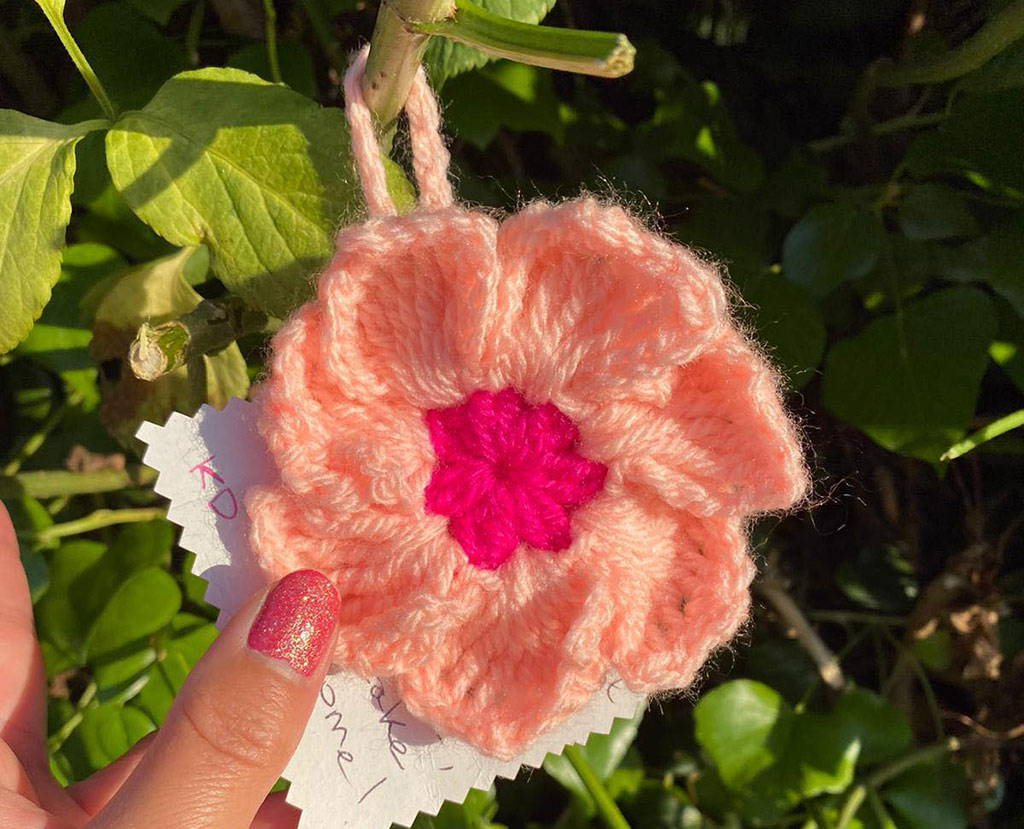 This is what a typical crochet looks like. We were originally alerted to them when Sharon made a post about them on our facebook group Paphos Chat.

Tools of the Trade 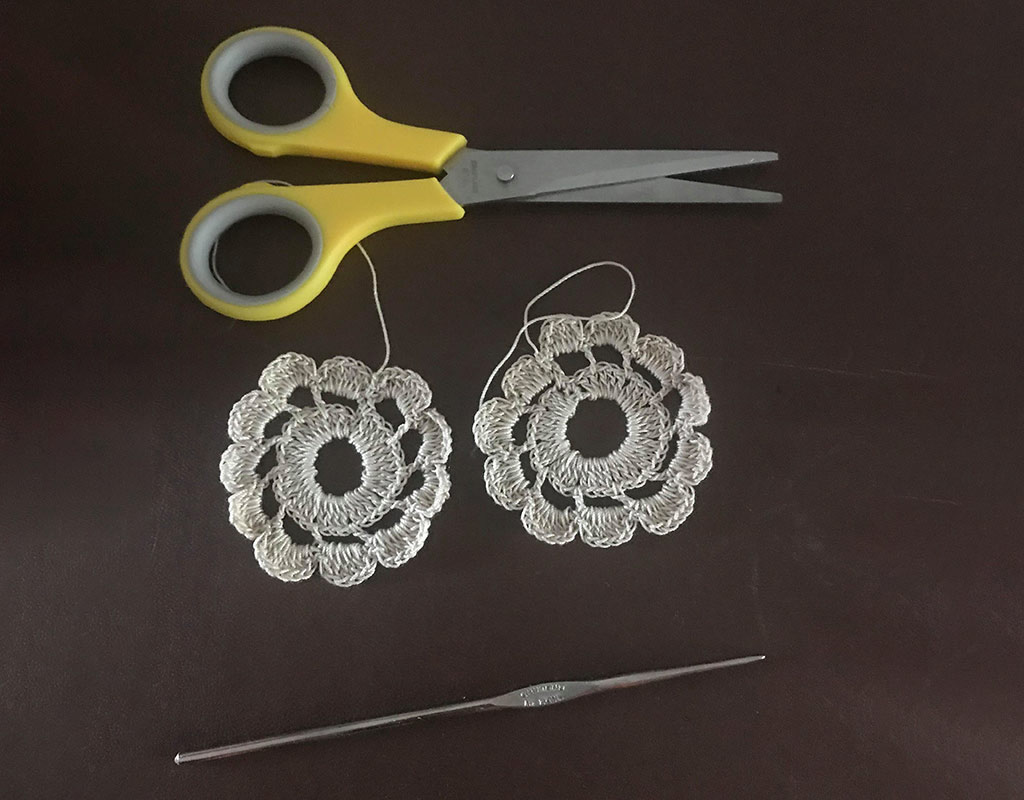 We were intrigued, and when Sharon posted an update about the poppies, we decided to write this article. In Sharon's own words, this is what happened:

We live in the uk. We have a house here in Mesogi.

My daughter, Kelly works for a London ambulance transport company in a London borough. She was furloughed through lack of outpatients appointments. She filled some of her time by learning to crochet more intricate things than blankets and squares.

She was leaving these Random Acts of Crochet Kindness all around our local areas. (Hillingdon)

The feedback she got was amazing. So many people were uplifted by finding flowers, rainbows, hearts, animal faces etc with a little poem on them during lockdown and beyond. Many people have posted on local groups as well as the original fb one.

Kelly, my husband Pete and I came out to Paphos on 7th September ( Kelly had to go home in October). She left me loads of bits to distribute for her.

Pete and I have had our flights changed several times. Then yesterday it was cancelled altogether! We have decided to stay here ( there’s not much at home to rush for! Can’t see grandkids , stuck in under lockdown and horrible weather! lol)

I decided to continue with her theme of leaving crochet items. Remembrance poppies have been left by harbour, lighthouse paths , outside shops and restaurants.

Pete is an author and poet and wrote a remembrance poem which I have put part of on the cards. 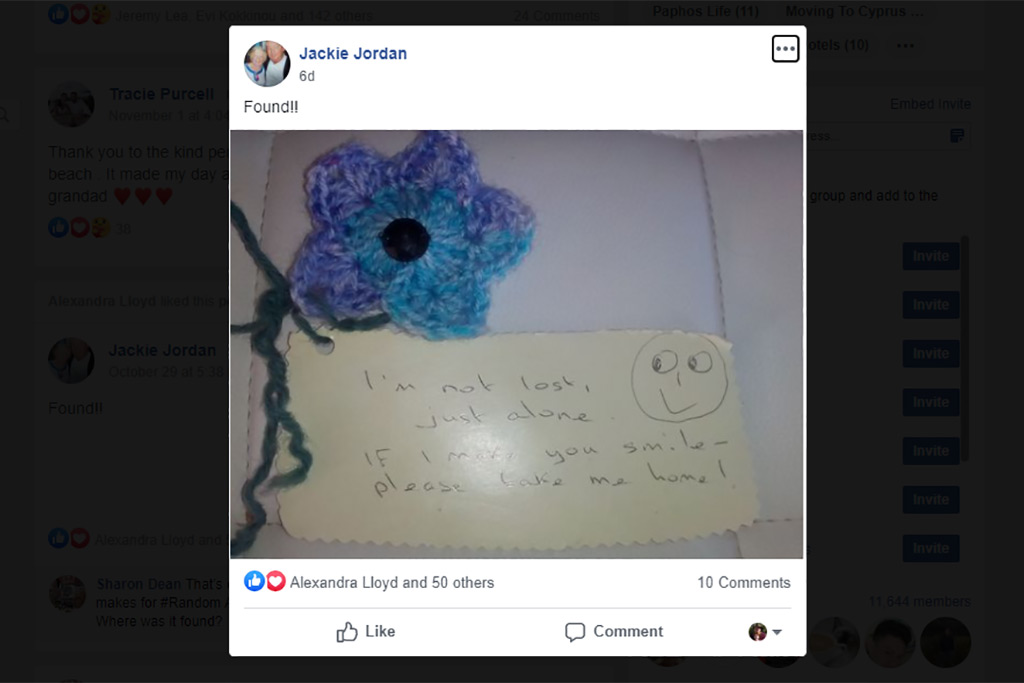 What started in Hillingdon continued in Paphos. People began posting about finding crochet items on Paphos Chat. The tags attached contain a number of messages. Back to Sharon:

If I make you smile-

Then we usually put a link to relevant local fb page.

People have found them after their dog has died, after hospital appointment or wandering to change direction in life! 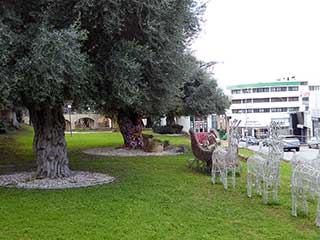 I noticed this tree when I was out logging shops for the Paphos Life Directory. I was intrigued by it so thought I would take a closer look. 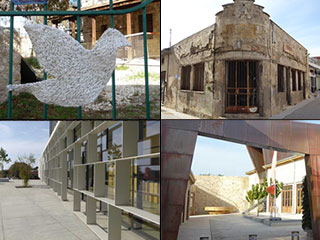 You may remember back in Spring we blogged about the The Patchwork Tree in Ivis Maliotou Park. That was assembled by Peace2Peace. Well, they will soon be doing another installation at Ibrahim's Kahn, in Old Paphos. But prior to that, we caught up with another of their exhibits, at St. Sophia Mosque. We also took the opportunity for another stroll around the area, to have a look at the brand new Markideio Theatre...