From Nata To Kallepeia in 360 - The Scenic Way


I love this route, but it can be treacherous to drive during the winter and spring months, as parts of it will be under water. We begin by descending into the Ezousa Valley from the Nata end. Almost immediately we are presented with the rocky sculpture that Episkopi is famous for. If you driving this route, be sure to stop and appreciate it properly. It looks like the church to the right of it has sprouted a huge, natural organ.

Rather than enter the village itself, we follow the road up the valley floor. You can't really see it in this film, but we drive past an old playground at one point, that is still used as a picnic site on occasion.

From there, we cross the Ezousa River itself, which is where you may hit a problem if you are doing this route in the cooler months. Be wary of mud if that is the case, and don't feel ashamed if you have to give up and go back the way you came.

Once we have crossed the river, we leave the Ezousa Valley and head up towards Kallepeia. Believe it or not, but this used to be a bus route. Indeed, at one point, you will drive past an old bus stop.

We take the longer route out of the valley, so we can appreciate the views to the full. After that, we drive through a goat farm before finishing in the village of Kallepeia.

The sad thing is, this will probably be one of the less popular films I publish. For some reason, people are less interested in this kind of journey and prefer the coastal routes. To them I say please give this a look. You will be amazed at how beautiful the countryside of Paphos is, if you spend the time to look at it. And to those of you who do spend the time to watch the more remote routes, I say thank you, and relax. I have no plans to stop showing the less popular routes. They are just too beautiful to go unobserved. 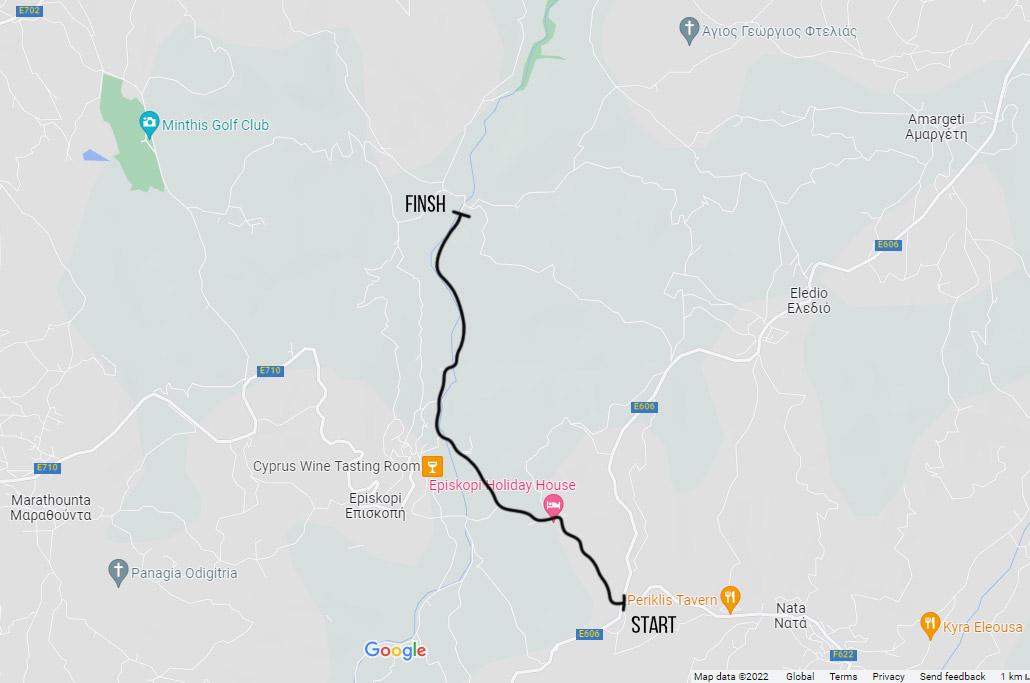