Join us on a drive through a village split in two. We start in New Choletria and take a bumpy ride to it's older sibling. We finish on the Bridge Over The River Xeros, and there are absolutely no prizes for guessing where we went next. In case you are curious, the village had to be relocated because of damage after a big Earthquake in the Fifties. There is more to it than that but I won't go into that now. 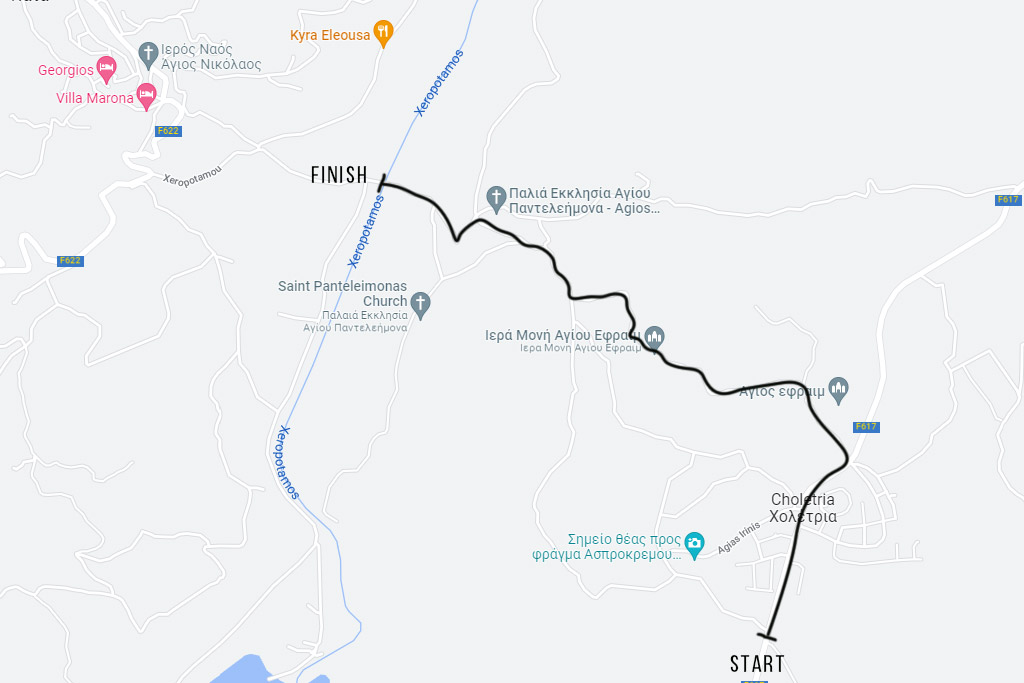