Bridge In The Woods 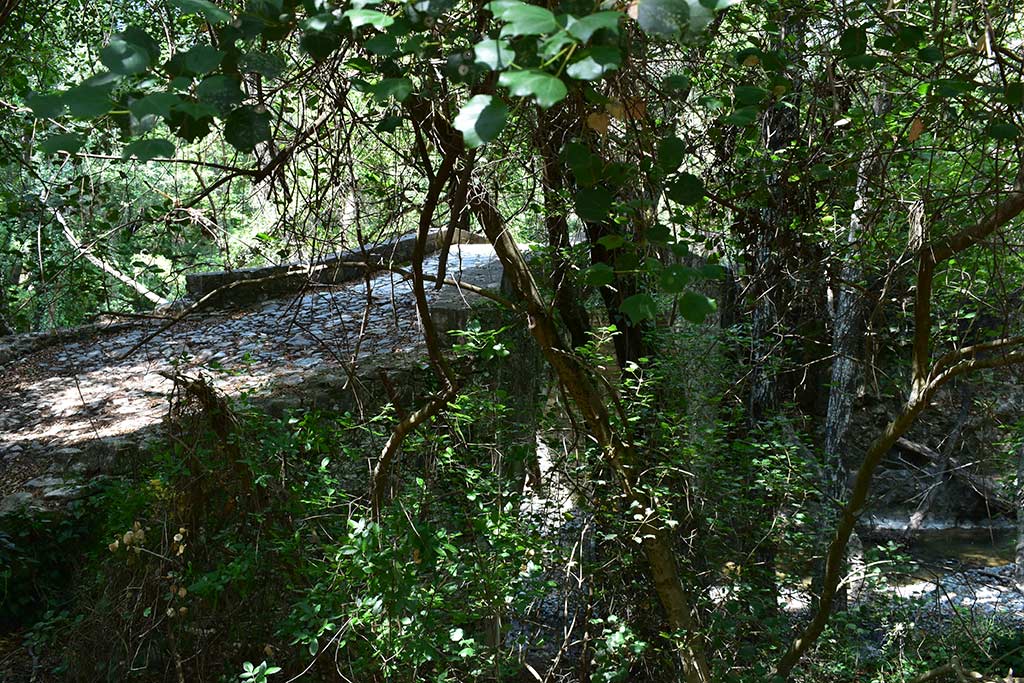 We've photographed Roudia Bridge many times before, but not from this angle. The vegetation just obscures the view. The only reason we took this picture yesterday was because of the following picture: 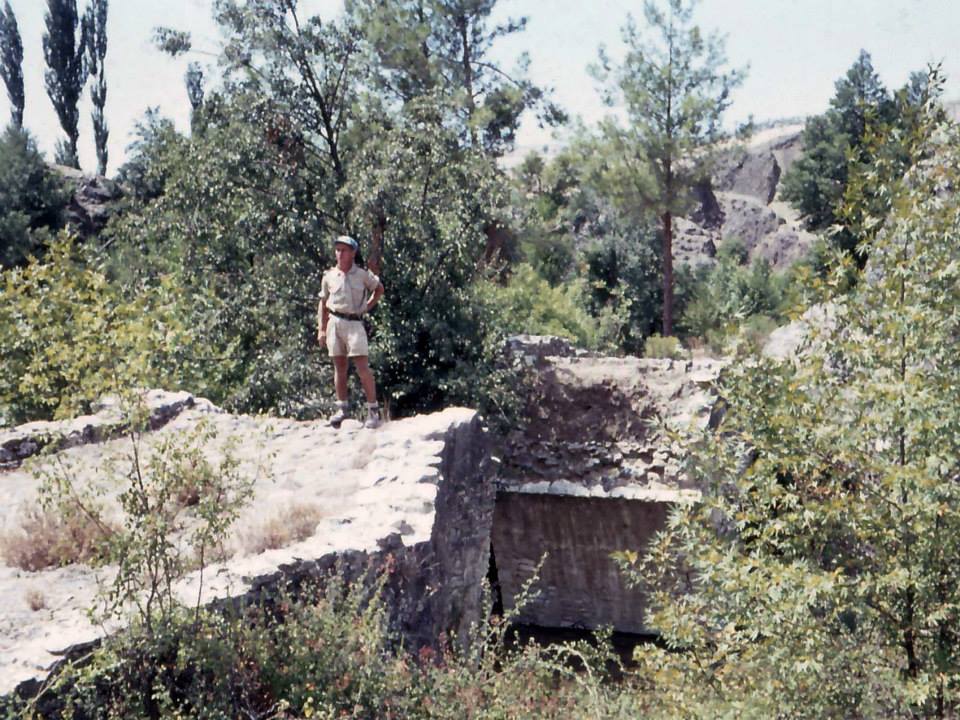 This is the same bridge in 1964. Now, when I first saw it I thought it might be Roudia, but the rocks on the left threw me off the scent. I knew rocks like that were in the area, but I thought they were much further to the left. I didn't think you would be able to see them from this angle.

Incidentally, the picture was taken by Tommy Nilsson, a Swedish gentleman who had a stint in the UN Peacekeeping forces and was stationed in Cyprus in 1964. He recently joined our facebook chat group and we are having great fun going through his photograph collection. 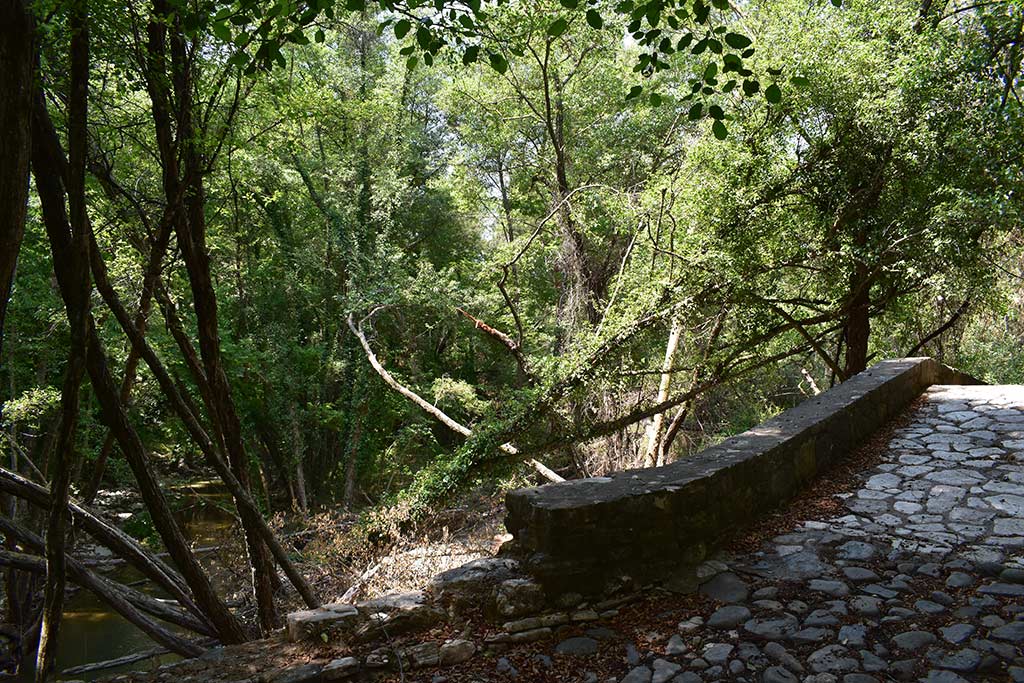 From the top of the bridge, we could see no rock, but that undergrowth is awfully dense now... 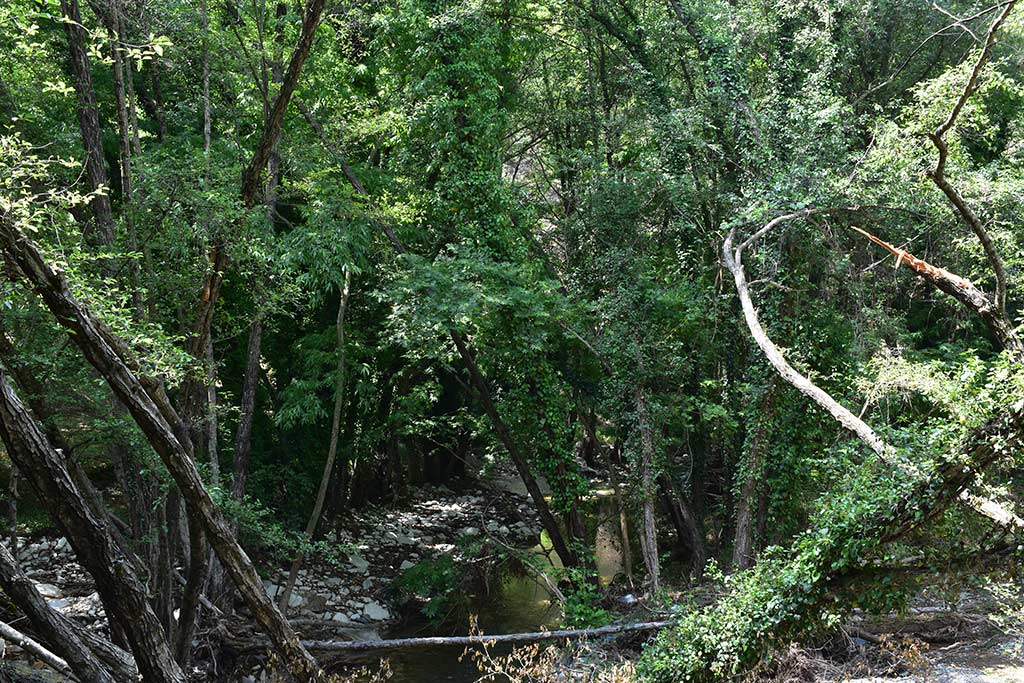 Finally we spotted it, along with the explanation as to why our bearings were out. If you look at the river, you can see it is turning sharply to the right at this point. You don't appreciate this from the road that runs next to it. 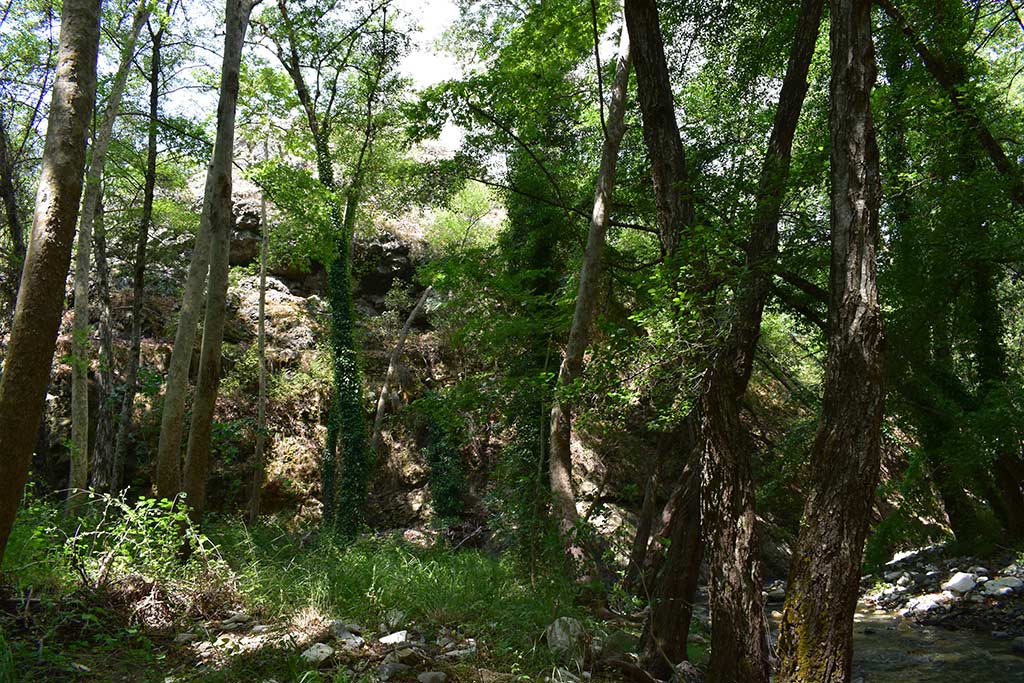 Here are the rocks, where they had always been. The river is just to the right. 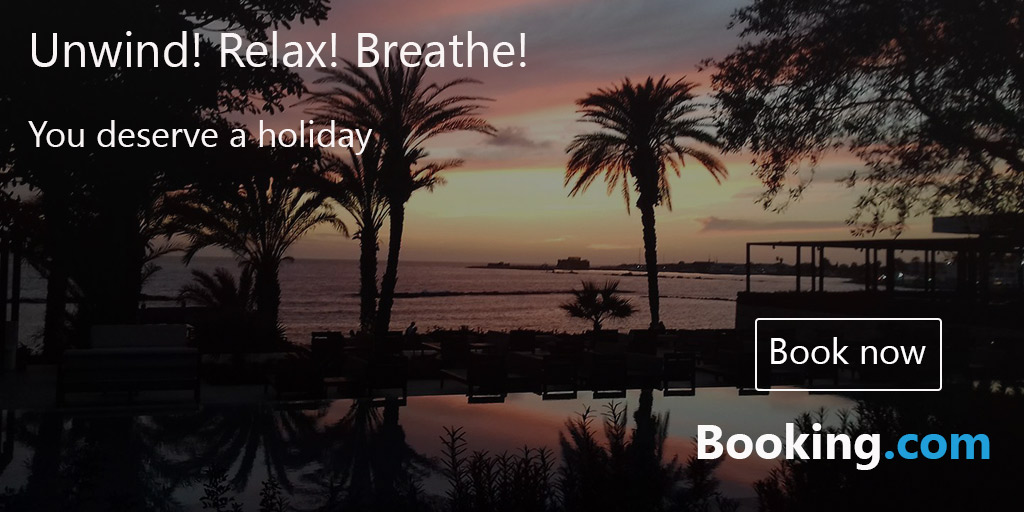 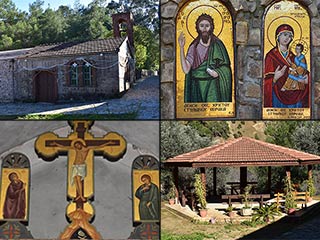 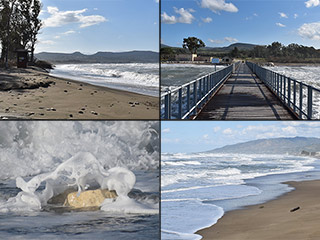