Due to close 14 November? Anyone know the latest position?
Top

Stay of execution for ERA store in Paphos after president intervenes 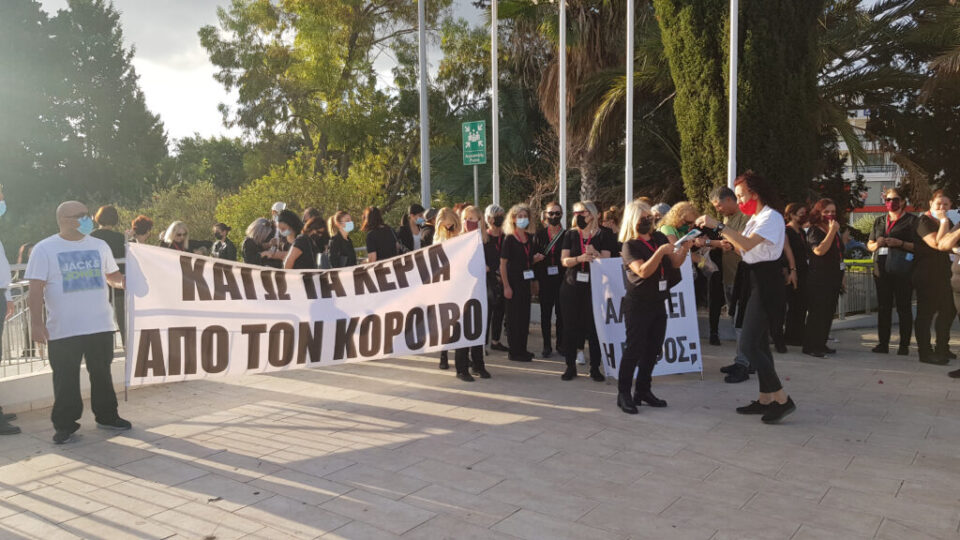 
President Nicos Anastasiades has intervened in the case between Paphos municipality and ERA Department Store – formerly ‘Korivos’ – allowing a nine-month suspension of a ruling issued by Paphos district court for the store to terminate its business operations on November 14.

According to a statement released by the company, CTC Plc, the Paphos court had issued a decree to terminate full use of the building in Paphos within a two-month period, starting September 14, unless the relevant permits could be issued by the competent authorities and the Paphos municipality before the due date.

“Applications for authorisation were submitted a while back, but were not processed for reasons beyond our control,” the statement said.

Anastasiades was asked by CTC Plc to intervene, and, after considering all the facts of the case, and at the advice of both the attorney-general and deputy attorney-general, the case was granted a suspension under Article 53.4 of the Constitution, allowing adequate time for a licence to be issued.

The Paphos municipality and the relevant authorities appealed to the district court, claiming that ERA department store in Paphos has been operating illegally, and its current business licence concerns only a supermarket.

Furthermore, the department store has undertaken arbitrary large-scale extension works without consent, affecting both indoor and outdoor areas, the municipality said. The municipality remains adamant that a granting of a licence will only be issued when the ‘illegal’ structures are removed.

During his visit to Paphos on October 29 for the inauguration of the town’s social welfare centre, Anastasiades reassured ERA employees who were protesting outside that he was following the case closely, and that all the necessary steps would be taken in accordance with the law.

Didnt realise this was Superhome:names change all the time!
Top

It's been ERA for several years now

CTC (Cyprus Trading Corporation) are the conglomerate who own ERA.
Top

Debenhams, Superhome and now ERA. We all know who we are talking about. Use any of em.
All things are possible
Top

Superhome (DIY home centre) and Era (department store) are 2 different shops owned by the same company. In Paphos they share a building and are linked, but in other cities they're separate.
Last edited by Ams on Thu Nov 11, 2021 4:57 pm, edited 1 time in total.
Top

There you go, retail branch of CTC .

It used to be Woolworths at one time.
Top

Name changed from Debenhams to ERA when the former's financial future became, shall we say, a little uncertain.
Top

Woolworths, used to be located in Kato Paphos, close to the harbour area, the building that now houses Leptos headquarters offices, but prior to that it was also taken over by the Debenhams franchise(?)
Korivos. Was the new development which was built near the roundabout. It housed Debenhams, Next and with SuperHome at the rear. It became ERA more recently, though both Next and Superhome continue to keep their old names. It's strange that the building wasn't apparently built with all the necessary licenses having obtained the the planning permissions.
Was it partly or mainly due to delays within the Land Registry?

Woolworths was in the main Korivos building too, not just Kato Paphos. It then became "Ermes" for a while, before it become Debenhams. I've used them all...
Last edited by Ams on Fri Nov 12, 2021 3:05 pm, edited 1 time in total.
Top

There is an old Woolworths Warehouse near the Driving Department. I found it once and was very puzzled.
Web Designer / Developer. Currently working on Paphos Life.
Living in Polemi, Cyprus with my wife and daughter.
Top

I called in there briefly this morning and staff were in the final stages of tidying up after clearing all the outside stuff - the garden furniture, BBQ’s etc, perhaps as some part of whatever the detail is respect of them remaining open for the time being. No evidence of that sort of stuff being relocated anywhere indoors so, according to the lady I spoke to it will be a case of ordering online for anything like that.

Wasn't there a small Woolworth that sold children's clothes opposite the larger store down by the harbour. It changed its name to Peacock.
Top

Jim B wrote: ↑
Fri Nov 12, 2021 3:21 pm
Wasn't there a small Woolworth that sold children's clothes opposite the larger store down by the harbour. It changed its name to Peacock.


Yes, I remember it well.

What’s behind the closure of Era department store?

We have been looking through the announcements published in the local press regarding the closing of Era Korivos department store, both by the municipality of Paphos and its owners. We find it strange, to say the least, that such a large shopping centre be required to close down by the municipality, both in terms of the details provided and the timing, just before Christmas.

In our opinion for such a project to close down, it should be based on criteria of safety to the visitors and employees. From what we understand the “minor” alterations did not warrant closing the store and the firing of around 200 employees, letting them go during the Christmas period and costing the government thousands in unemployment benefits.

Buildings should be erected based on the permits issued, but why is the municipality being so adamant in its position, especially while refusing to abide by the Council of Ministers’ decision in 2018?

No building can be occupied without the certificate of approval and local courts enforce it, but let’s look at the general situation prevailing in the Cyprus property market. Approximately 80 per cent of the buildings either with title or not, do not have such a certificate and as such cannot be occupied, let or exploited for the benefit of the owner.

Based on our experience, hotels, entertainment projects, homes and so on have minor alterations and deviations. One wonders why the Paphos municipality has been so strict in this case, while refusing to follow the instructions of the government planning office and Council of Ministers.

This is not only normal procedure. The owners may take legal action against the municipality for being treated differently to others.

There must be something going on behind the scenes which has not surfaced yet. There are rumours that personal differences unrelated to the dispute in question are behind it. We hope that this is not the case and we feel that if it is allowed to escalate, the municipality may face hefty penalties and damages.

A much-needed compromise is required, which should include the response of the municipality to the Council of Ministers’ approval, the temporary extensions for a cover permit, in order for the owners to abide by the original permit and a time limit for execution of 60 days.

May be there setting an example so as to get every one else to fall in line with regulations.

And get things done legally.
Top

Smacks a bit like a personal vendetta.
I did read somewhere (probably in Cy Mail) that the owners/or the store have appealed to the President. I believe I read that he has interviened now.
As a very experienced lawyer, may be a wait and see.