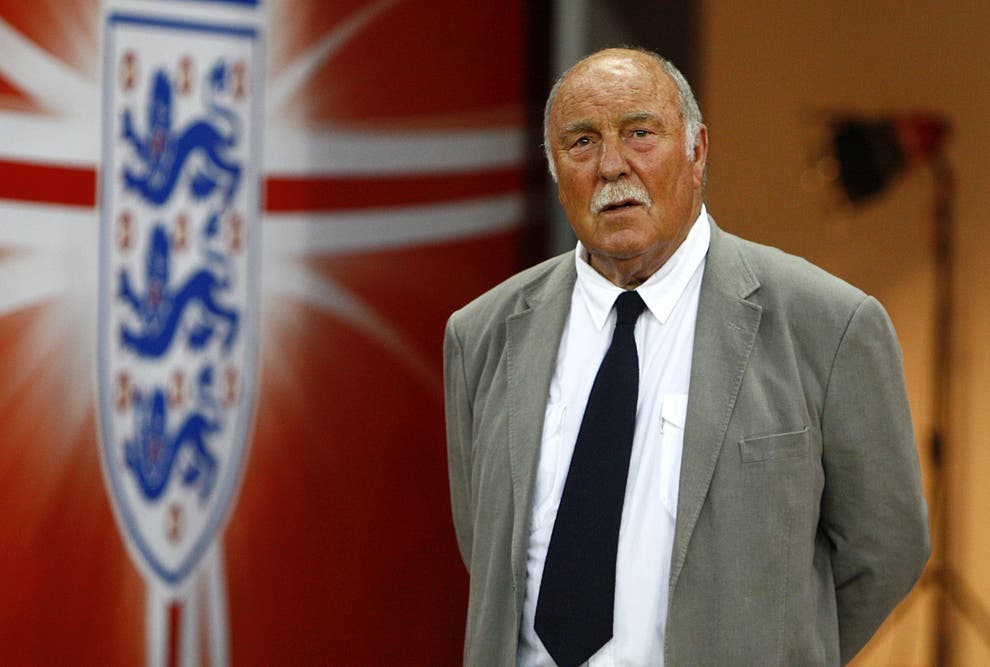 Jimmy Greaves scored goals for fun, literally. Yet while the baggy-shorted Eastender played his football with the jaunty air of an eternal schoolboy, the gleeful audacity which was central to his enduring popular appeal could not mask the ruthlessness which made him, arguably, the deadliest marksman in the history of British soccer.

An instinctive opportunist blessed with blinding speed both of movement and thought, Greaves, who has died aged 81, compiled the phenomenal total of nearly 500 senior goals, the majority of them stroked into opponents’ nets with clinical economy after he had popped up, as if from nowhere, in precisely the right spot at the right time. One moment drifting nonchalantly on the periphery of the action, the next he would dart unerringly to its very heart, and invariably the effect was lethal.

Further, Greaves was that rare being, a specialist predator with all-round talent to burn, a coruscating entertainer capable of dribbling past half a team before hitting his target if the need arose. Usually, thanks to his supreme positional sense, such extravagance wasn’t required.

Greaves’ gifts were exclusively of the natural variety; he did not relish training and he was an anathema to certain hard-line coaches who dismissed him as lazy. But his sensational record, especially when wearing the shirts of Chelsea, Tottenham Hotspur and England, gave rather more credibility to the view of the late Joe Mercer, one of the shrewdest of all football men, who described Jimmy Greaves as “a blinking little genius”.

Renowned as a drinker throughout his career, he fell prey to alcoholism when his playing days were spent, and his subsequent successful rehabilitation represented an even greater personal achievement than all his sporting triumphs.

The son of a London tube-train driver, Greaves was a soccer-mad infant prodigy who flopped his eleven-plus examination on purpose to avoid the chance of being sent to a rugby-playing grammar school. Soon he was scintillating in schoolboy football and was on the verge of joining Spurs, whom he supported, only to be overlooked by the White Hart Lane club during the managerial transition from Arthur Rowe to Jimmy Anderson, a costly piece of confusion.

Instead, at Easter 1955 he enlisted with Chelsea, who were on the verge of becoming League champions for the first and only time to date. His progress was meteoric as he plundered more than 150 goals in two seasons with the Pensioners’ junior teams, emerging as the pick of Ted Drake’s Ducklings, the tag allotted to the club’s precocious youngsters as a southern riposte to Matt Busby’s Babes at Manchester United.

Ironically Spurs were the opponents for Greaves’ senior entrance as a 17-year-old in August 1957 and he scored that day, as he did on debut at virtually every level throughout his career.

Thereafter the ebullient boy-wonder cemented his place in the side, and underlined his limitless potential with a four-goal show against Portsmouth on Christmas morning, the first of an astounding quarter-century of hat-tricks in the English top flight.

Small but wirily resilient enough to withstand the inevitable buffetings dispensed by frustrated defenders, Greaves went on to enjoy three more campaigns of unprecedented bounty for Chelsea. In his third start of 1958/59 he netted five against the champions, Wolverhampton Wanderers, and finished the campaign as the First Divisionπs leading marksman with 32 goals. In 1959/60 he struck 29 times in the League, then stepped up to a barely believable 41 hits in 40 outings during 1960/61, by which time he was a regular England international and one of the most sought-after footballers in the world.

Sadly, from a Stamford Bridge perspective, the fact was that Greaves had outgrown a moderate Chelsea team which had been relying heavily on his goals to keep it in the top flight and eventually he grew disillusioned at the lack of prospects. A combination of professional and financial ambition led to several rows, and in the winter of 1960 he agreed to join AC Milan in an £80,000 deal.

The transfer was ill-starred from the outset. Having succumbed to the lure of untold wealth in Italy at a time when English players were subject to a maximum wage of £20 per week, that archaic restriction was lifted and his international team-mate Johnny Haynes, just down the road at Fulham, became the Football League’s first £100-per-week footballer.

Immediately Greaves regretted his move, which was delayed until season’s end due to changes in the Italian rules for employing foreigners, but that was nothing to the anguish he would suffer after arriving in Milan. His free spirit could not cope with the draconian regime imposed by his new employers, which involved long spells in closed training camps, and he resented being disciplined for his frequent rebellions; he felt trapped and under-valued, despite scoring a highly creditable nine goals in 14 outings in the ultra-tough Italian League, and his chronic homesickness was compounded by language problems. Conceivably, too, it was during this period of torment that Greaves laid the tragic foundations of his subsequent descent into alcoholism; certainly that was his own contention.

The ordeal continued for four miserable months, during which he considered giving up the game, before he was rescued in December 1961 by Tottenham Hotspur, who outbid Chelsea to sign him for £99,999, manager Bill Nicholson insisting on the tiny reduction necessary to spare him the pressure of becoming England’s first £100,000 footballer.

Back on home soil and playing for the club of his choice – which had just made history as the first to lift the League and FA Cup double during the 20th century – Greaves had everything his heart desired, and he responded with nearly a decade’s worth of majestic service, his impudence and guile matched only by his accuracy and composure, his prowess with his frighteningly destructive left foot exceeding only slightly by that with his unfavoured right.

After attracting a crowd of 13,000 fans to Home Park, Plymouth, for his debut for Spurs reserves, he completed a fabulous hat-trick against Blackpool on his first senior appearance, and an avalanche of goals followed, including a brace in the 5-1 drubbing of Atletico Madrid in the 1963 European Cup Winnersπ Cup Final and the winner for England against the Rest of the World in the FA Centenary game later that year.

In his first three and a half Tottenham terms he netted 143 times, becoming the first man to top the First Division chart in three consecutive seasons and shattering a bevy of other records.

Not that everything worked out perfectly for Greaves during his White Hart Lane sojourn. Though he helped to lift the FA Cup in the 2-1 defeat of Chelsea in 1967, he bitterly regretted never pocketing a League championship medal. In truth, despite his own free-scoring exploits, Nicholsonπs superb double-winning team declined slowly as the decade progressed, never mounting another sustained title challenge.

Danny Blanchflower retired, John White was killed by lightning, Bobby Smith went to seed, Cliff Jones slowed down through age and injuries, and although the magnificent Dave Mackay remained a towering influence and Greaves formed a productive new liaison with Alan Gilzean, the side never quite gelled in the former way.

Meanwhile at international level, there was an even more desperate disappointment to bear. Having recovered from a strength-sapping bout of hepatitis which sidelined him for the winter of 1965/66, Greaves returned to his national team in time for the following summerπs World Cup Finals in England.

But after suffering a gashed leg against France, Greaves was replaced by Geoff Hurst for the quarter-final against Argentina and the semi-final against Portugal, regaining fitness in time for the final clash with West Germany.

However, manager Alf Ramsey preferred to stick with Hurst for the most important day in the nationπs soccer history, thus utterly devastating the infinitely more gifted if less obviously industrious Greaves. In the event, Ramsey was vindicated as the West Ham man contributed a hat-trick to England’s triumph, but it was impossible not to feel sorry for Greaves, who had been deprived of what many believed to be his rightful role in the match of a lifetime.

Though beginning to drink ever more relentlessly, he recovered manfully from the shattering reverse to serve Spurs for four more years before losing form and being dropped by Nicholson in January 1970. At that time he had become passionately interested in motor rallying, perhaps to the detriment of his football, and two months later he accepted a surprise move to West Ham, valued at £54,000 in the transaction that took Martin Peters to Tottenham.

Harry Redknapp once had a row with West Ham manager Ron Greenwood and it ended up with Redknapp smashing a bottle of lager against the dressing-room door. “Hold on Harry,” said Greaves. “You could have picked an empty one!”
Top
Post Reply
2 posts • Page 1 of 1